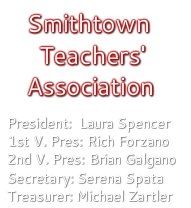 WHEREAS, our nation's and New York State’s future well-being relies on a high-quality public education system that prepares all students for college, careers, citizenship and lifelong learning, and strengthens the nation's social and economic well-being; and

WHEREAS, our nation's school systems have been spending growing amounts of time, money and energy on high-stakes standardized testing, in which student performance on standardized tests is used to make major decisions affecting individual students, educators and schools; and

WHEREAS, the over-reliance on high-stakes standardized testing in state and federal accountability systems is undermining educational quality and equity in U.S. public schools by hampering educators' efforts to focus on the broad range of learning experiences that promote the innovation, creativity, problem solving, collaboration, communication, critical thinking and deep subject-matter knowledge that will allow students to thrive in a democracy and an increasingly global society and economy; and

WHEREAS, it is widely recognized that standardized testing is an inadequate and often unreliable measure of both student learning and educator effectiveness; and

WHEREAS, the over-emphasis on standardized testing has caused considerable collateral damage in too many schools, including narrowing the curriculum, teaching to the test, reducing love of learning, pushing students out of school, driving excellent teachers out of the profession, and undermining school climate; and

WHEREAS, high-stakes standardized testing has negative effects for students from all backgrounds, and especially for low-income students, English language learners, children of color, and those with disabilities; and

WHEREAS, Race to the Top funding does not adequately address the significant cost associated with the implementation of the new APPR and Common Core Learning Standards such as hiring professionals to ensure local assessments at grades 4-8 are valid, or other test construction and implementation costs; and

WHEREAS, New York State will require computer based testing statewide starting in 2014, requiring districts to build technological capacity to administer these high stakes tests, including the need to purchase computers, improve networks, develop infrastructure capacity, and train and hire personnel at an estimated cost of approximately 5% of current district budgets, without providing additional funding and while capping State and Local aid; and

WHEREAS, we do not oppose accountability in public schools and point with pride to the stellar performance of our students and teachers, but believe that standardized tests dominate instructional time and block our ability to make progress toward a world-class education system of student-centered schools and future-ready students; therefore be it

RESOLVED, that Smithtown Central School District calls on Governor Cuomo, Commissioner King, State Legislature and the Board of Regents to examine public school accountability systems in this state, including the Annual Professional Performance Review (APPR) and to develop a system based on multiple forms of assessment which does not require extensive standardized testing, more accurately reflects the broad range of student learning, and is used to support students and improve schools; and

RESOLVED, that Smithtown Central School District calls on the U.S. Congress and Administration to overhaul the Elementary and Secondary Education Act, currently known as the "No Child Left Behind Act," reduce the testing mandates, promote multiple forms of evidence of student learning and school quality in accountability, and not mandate any fixed role for the use of student test scores in evaluating educators.

photos from our Last rally in albany